iOS 9 is the next generation major mobile operating system will most likely be confirmed 8th of June, 2015 or after soon during Apple’s WorldWide Developers Conference. Apple has planned to hold WWDC on next month June 8 to June 12 in San Francisco. Most probably Apple will release the first announcement about iOS 9 in WWDC. As rumours iOS 9 will be release including new Music app, improved Siri, numerous bug fixes and various performance improvements. Rootless is the security feature which they indicated as main feature and reviewers predict that the feature will be the killer of iOS 9 jailbreak. 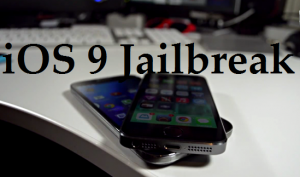 Changing Default Apps – The feature will allows to users to change the default app. Examples users can use Chrome behalf of Safari or users can use Google Maps behalf of Maps. MapsOpener and Browser Changer are two jailbreak tweaks. Some iPhones and iPods which is non-jailbroken are stuck with stock apps and they can use third party apps, but it will open in Safari.

Better Alarm Options – Safe Alarm the feature that allows to adjust volume for the alarm and ringer. That is the expect feature via iOS 9.

Control Center Customization – CCHide and FlipControlCenter are the most famous jailbreak tweaks that let to customize control center.

Download iOS 9 and upgrade your iPhone, iPad and iPod

After Apple confirm iOS 9 officially all users can download iOS 9 from iTunes or OTA. iOS 9 beta versions can download go through Apple Dev Center. OTA update does not work with jailbreak process in future. Therefore the better thing is use iTunes to all updates. We are expecting “Quality” focus, Trusted Wi-Fi, iCloud Drive, Smaller app size and legacy iPhone and iPad support as main features via iOS 9 download.

iOS 9 can’t jailbreak yet. We are expecting iOS 9 cydia download as soon as possible.