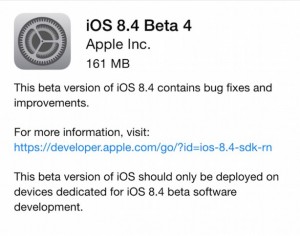 Download iOS 8.4 beta 4 on your iPhone, iPad and iPod

Over-the-air download is also available as way to download. All iPhone, iPad and iPod touch running on iOs 8.4 beta 3 can be upgrade into iOS 8.4 beta 4. Settings > General > Software Update. 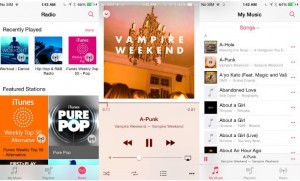 Streamlined iTunes Radio – All users can discover music with iTunes Radio, it is easier than ever now.  Start to return your favorite stations quickly.

All New Design – The revamped Music app platform for make your music collection easier and provide more fun. Now you can tag your favorite artist  picture on the Artist view and also can add your own beautiful picture to personalize your playlists.

Up next – Find out next song from your already playing playlist and reorder your playlist, add or skip songs with the new revamped music app.

New MiniPlayer – While browsing your music collection see what is playing and control playback.

Global Search – Start to search anywhere in the new music app. It will help you to find out perfect songs quickly.

Recent Added – Tag your playlists and song albums to at the top of your library and tap to play simply.