What do you think about the next upcoming jailbreak solution and its real owner?

Meantime, lots of jailbreak fans are urgently awaiting to hear about iOS 9.3.1 jailbreak tool release, there are so many web sources discuss about latest rumors and reviews of next jailbreak tool. However, when we talk about its owner, some may be waiting for a new jailbreak from Pangu as pangu 9.3.1. But as you know that the last one they were released for the iOS 9.1 in last month. It does not mean, iOS 9.1 pangu jailbreak is their final tool and they will never give up. If we are lucky, pangu 9.3.1 will be able to catch up the latest iOS releases.

Pangu seems that to be having trouble coming up with a jailbreak for iOS 9.2 and above. After pangu jailbreak released for iOS 9 to iOS 9.0.2, apple has released all above iOS versions to iOS 9.0.2 with new security techniques expecting to kill jailbreak possibility from them. By the time, pangu do come out with pangu 9.1 jailbreak, otherwise, it may be rendered useless, because apple has likely already patched the loophole which based for pangu 9.1 with the iOS 9.2 official released operating system. As its result, the latest pangu jailbreak tool does not work with above iOS releases to iOS 9.1.

Well, let’s we talk about Pangu 9.3.1 and its possibility. 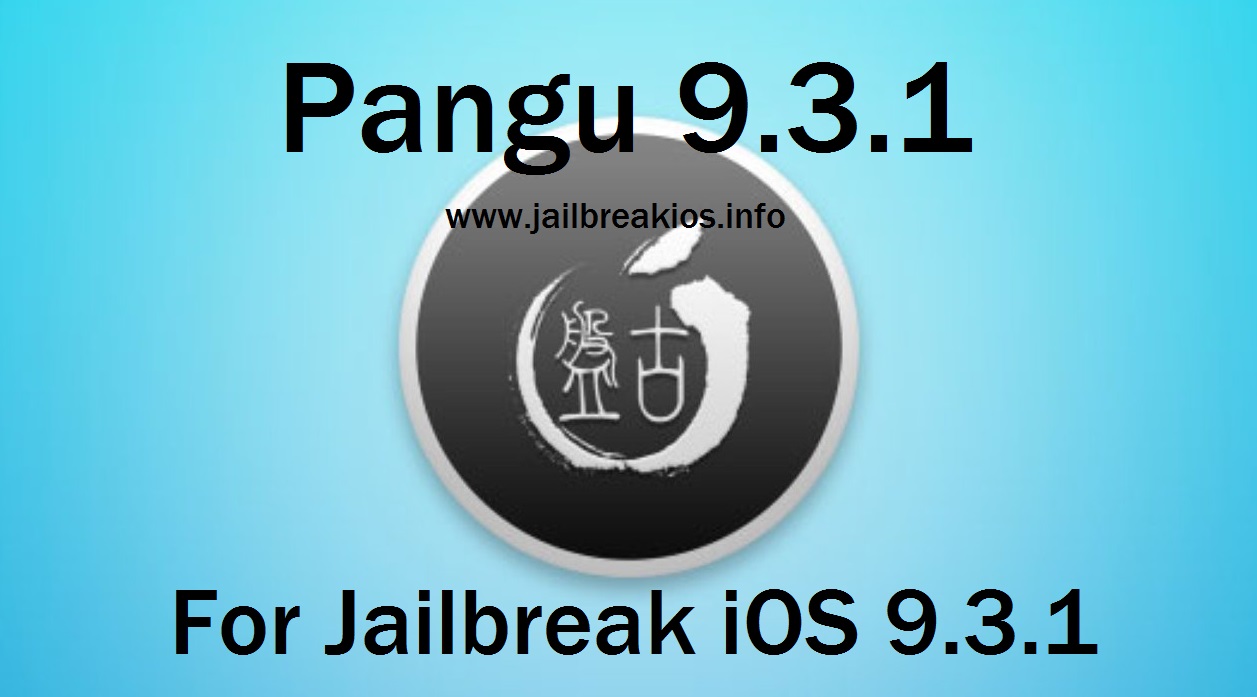 Famous rumors about the next jailbreak

Its release date is the famous rumor at this moment. According to lots of reports, iOS 9.3.1 jailbreak tool takes to release a date in month of June before the apple’s annual conference, WWDC 2016. So now we are waiting for an official confirmation about its release date.

The last pangu jailbreak tool released for iOS 9.1. So if you are on iOS 9.1, you are the lucky person, because you can get the advantage from the new tool release. But for those who have iOS 9.2 or above version, then downgrading is no longer possible, it means, now you can’t downgrade. So you should need to wait patiently for the new jailbreak comes out.

Now you can download Pangu jailbreak latest tool for iOS 9.1 from our page and then follow its instructions to install cydia on your device.

Important note : Some reporters have reported that found a way to jailbreak iOS 9.3.1, iOS 9.3, iOS 9.2 and iOS 9.2.1. Also, they have provided links to download those jailbreak softwares. Do not ask to fix your brick device after using those fake softwares, because we repeatedly say that still there is no any official tool to jailbreak iOS 9.3.1, iOS 9.3, iOS 9.2 and iOS 9.2.1. So wait with us along. As we promised, our article will be update with real download links of real jailbreak softwares when the tool out officially.