Apple released iOS 8.3 mobile operating system in April this year. More than two moths, iOS 8.3 is available as a non-jailbroken iOS version. Now the expectant news is updated. iOS 8.3 untethered jailbreak is ready to release in July this year. Apple iOS 8.3 may have included listed of usable features as emoji options and added number of improvements and especially Apple could fix some bugs in pre iOS versions. 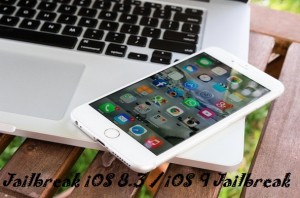 Earlier sources suggested that Apple is going to be include a new security feature called “Rootless” and that will make difficulty of jailbreak in future. However we seem that Keen team is the first team which is accepted iOS 9 jailbreak challenge. It is not a matter to keen as we seem. Apple planned to supply protection to all sensitive data and extensions via Rootless. It is the Apple’s main hope via Rootless.

Keen is the most elite hacking group upcoming in China but not only in China, Keen is the worldwide famous name. in 2013 and in 2014 at the Pwn2On competition they won a prize for breaking Apple Safari Web browser. We invite all cydia lovers to be expect iOS 9 Keen jailbreak  so soon.