Already, Apple started to announce iOS 8.4 beta one by one. iOS 8.4 beta 4 is the latest beta version, iOS 8.4 beta 1, beta 2, beta 3 are earlier beta versions of iOS 8.4. Apple planned to patch up all security exploits and vulnerabilities on iOS 8.4 via testing beta versions as the release of iOS 8.1.3. Apple fixed all their week points and since then users have not find out any jailbreak solution to cydia install. iOS 8.4 will be the final update earlier of iOS 9 release Claim by industry analysts at WWDC. Actually it means that apple is going to stop iOS 8 series and they focus on iOS 9. Stefan Essar commonly recognize as iOn1c, has tagged a video proof to show jailbreak iOS 8.4 beta 1 on iPhone 6 plus. Accordingly the video reviewers indicated that video proof attest to iOS 8.4 jailbreak. After that we are expecting iOn1c for download cydia iOS 8.4,but we did not see any jailbreak tool yet. Some jailbreak reviewers told about iOn1c’s video preview that actually it did not show a jailbreak concept, only shows iOS 8.4 beta 1 preview. 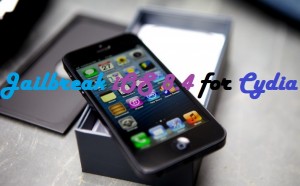 However, as we seem we cannot expect to see the jailbreak tool for iOS 8.2 cydia install even on June Possibly do not keep a hope about iOS 8.4 jailbreak before iOS 8.4 confirmation. Now we are staying at the corner of the June moth. iOS 8.4 major version is still did not out for users. Probably iOS 8.4 will be release on July or after. In that reason perhaps iOS 8.4 jailbreak will late come to intervene of users.