Apple has been planned to enhance security system for iOS 9 and OS X 10.11. According to recent report speculate that with “Rootless” will be extremely difficult to iOS 9 jailbreak. As some sources one of the key changes in iOS 9 which are involves a new iOS 9 security system called Rootless will be the main safeguard for extensions. They predicate that Rootless will be prevent all jailbreak abilities and against malware threads.

“Rooless is a huge kernel-level feature for both OS X and iOS and it is design to increase security of sensitive data and enhance safety of extensions and additionally prevent malware” according to 9to5Mac. While unconfirmed reports have been told that the new security system of iOS 9 will deal a major blow to the jailbreakers. Nevertheless, some source indicate that the Rootless could be disable on OS X without revealing information that how to do it.

When will be confirm iOS 9 jailbreak officially?

As unconfirmed source, they predicate that Apple has planned to disclosure about iOS 9 often on June 8 or after soon. They planned to confirm iOS 9 officially at Apple’s World Wide Development Conference which is expect on next month. Some sources are indicating that iOS 9 jailbreak will be impossible. They seemed As the main reason is Rootless for iOS 9 jailbreak impossibility. However, we sure jailbreakers will be enthusiasm for iOS 9 cydia download after iOS 9 officially confirmation. Essentially we can say one think. Perhaps iOS 9 jailbreak will be challenge and it will be a competition among all jailbreakers.

Trusted Wi-Fi – This feature will be the entrance to connect to wireless routers without any connection problems. 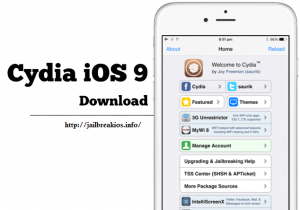