In same raw, Apple has released iOS 8.2, iOS 8.3, iOS 8.1.3 and iOS 8.4 beta collection beta 1 to beta 3. Unfortunately there is no jailbreak ability for all those Apple’s iOS versions. According to newest reports, Apple has expected to introduce new feature of “Rootless” alongside iOS 9 and Mac OS X 10.11 at Apple’s World Wide Developers Conference On June 8. In fact we are expecting iOS 9 download oft-times on June or soon after. However, all we are hoping iOS 9 jailbreak possibility confirmation. 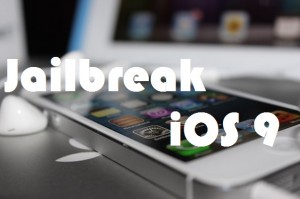 Rootless – The new expected feature of “Rootless” as huge, kernel level feature for both iOS and OS X. It work as a safeguard for extensions, prevent malware and increase security of sensitive data. Even it will prevent administrative level users from begin able to access protected files. According to reviewers actually Rootless will be a blow and challenge to the all jailbreakers.

iCloud Drive – Apple has decided to give better end-to-end encryption and faster syncing with iCloud Drive update. They planned faster syncing than traditional IMAP servers. I think the feature will be transition this sync process. According to reviewers, Apple planned to upgrading CloudKit servers and iCloud Drive to sustain the hope uptick in usage.

Trusted Wi-Fi – Trusted Wi-Fi is another new features which is expect with iOS 9 on next month. It will be allows to connect to wireless routers without any security breaks.

Apple has actually been working for iOS 9 and according to source all iPhone, iPad and iPod touch are capable with the upcoming iOS 9. But sometimes reviewers indicated that A5 base Apple devices can be upgrade into iOS but it is not good. But now I glad to say you, original iPad mini, iPhone 4s and all A5 based Apple devices will be able to run iOS 9. According to sources Apple is now building a core version of iOS 9 for older A5 devices. In additionally, all cydia lovers are aspiring iOS 9 jailbreak for all idevices.