“Keen” is the elite hacking team, up coming from China. After victory of More than $60K in Mobile Pwn2Own competitions, they have prominent among other teams. The team could release tool for root Samsung Galaxy S6 in nearly day. Apple confirmed to release iOS 9 major version on September, 2015. Nowadays they started the iOS 9 testing period. Among few beta versions, first beta of iOS 9 already released for all registered developers. iOS 9 beta 1 jailbreak ability is currently not available. Now all cydia lovers’ and users’ main aim is iOS 9 jailbreak. I think it is not so far. iOS 9 cydia download can expect so soon.

Now, Keen team is ready to release iOS 9 jailbreak solution for all users. Speaking with Forbes, Thomas Fox- Brewster, Liang Chen of the Keen team said that they planned to release their first ever jailbreak tool for iOS 9 instantly back of iOS 9 confirmation. 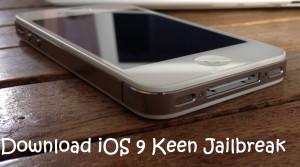 Unconfirmed reports are reporting that Apple is going to add the new security features called “Rootless” with new iOS 9. Now all of you know what is the Rootless. As sources it is like a killer of jailbreak. Reports  indicated that the feature will prevent all jailbreak abilities. Apple planned to improve Rootless with ability of against malware, protect extensions and sensitive data. Are you thinking that Rootless will be a main effect for iOS 9 Keen jailbreak?  Sometimes your answer will be “Yes”. I like to indicate one think. Sometimes Rootless will powerful than the jailbreak. If then, iOS 9 keen jailbreak will fail.

Download iOS 9 beta 1 on your iPhone, iPad and iPod touch