Apple’s next mobile operating system is iOS 9. Before it release to public, the elite team of Keen commonly known as K33n said that they ready to release iOS 9 jailbreak tool called keen jailbreak. Apple’s iOS 9 can be hope on September 2015 and after iOS 9 cydia download so soon. This is the our review about iOS 9 keen jailbreak. Follow us. 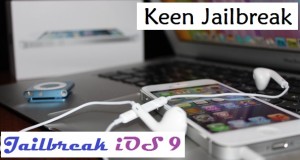 When will be release iOS 9 Keen jailbreak?

Speaking with Forbes, Thomas Fox-Brewster, Liang Chen of the Keen team told that they thought to push out keen jailbreak at the end of the iOS 9 confirmation. Apple has confirmed that iOS 9 first announcement release on June. As their statement Apple is already released  iOS 9 on day. The first beta version of iOS 9 is released on 8th of June in Apple World Wide Developer Conference 2015. According to Apple’s notification next major mobile operating system will launch on September in this year. In fact, Keen team said that they agog to release iOS 9 keen jailbreak immediately after iOS 9 release.

As previously records, iOS 9 jailbreak is going to be impossible. Actually is iOS 9 jailbreak will impossible? Rootless is the new security feature which is expectant in iOS 9. As jailbreak reviewers Rootles will counteract all jailbreak abilities. However we seem that Keen team accepted the challenge. We must stay until iOS 9 and keen jailbreak out.