Most prominent reviewers are regarding that next generation iPhone will include spec and feature changes without refreshing physical design. But they tell that it will be launch with Force Touch feature. According to the DigiTimes they said that iPhone 7 manufacture has gone way up for the July month. With this announcement iPhone 6S will coming on September 2015. 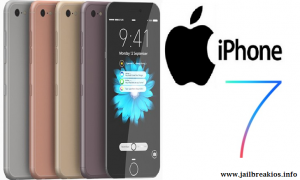 As we mentioned we hoping big changes in iPhone 7, but as reviewers there are not big changes in new iPhone. However, Apple is aiming to thinner the new iPhone 7 than the other. We can see the Stereo speakers – holding into the side of the both iPhone 6 plus and iPhone 7. In iPhone 6 lus we cannot see buttons in right side but touch sensitive tap section allows to control volume. In the new iPhone there are two cameras on the back, but not for 3D pictures. Although have the ultimate HDR mode with hyper-clear sharpness.

Especially we can cannot see the headphone jack in new iPhone and all sound coming from Bluetooth or lightning port. The home button is not bigger. They aim to loss bigger home button in iPhone 7. However, now all users are waiting to accept the new iPhone 7 within easy payment.

Some rumors are reporting that it will be release in August or September. Most probably it will be coming on September in 2015.

If you are taking about the new iPhone 7’s features, especially we can expect camera improvements, Force Touch and speed enhancements. We cannot see visual changes in “S” upgrades, but apple enhance ability to sweeten the smartphone pot.

We expect that the new iPhone 7 will be the amazing experience for their fans. It’s new changes, features and especially it’s thinner will make enthusiasm in the users’ heart to buy the new generation iPhone. We expect that Apple’s next major mobile operating system of iOS 9 will power to the new iPhone 7. As rumours iOS 9 jailbreak ability will release by TaiG. However we know cydia lovers are flying about iPhone 7 jailbreak also before its launching. We hope to bring iPhone 7 jailbreak news with our page.