As some sources, the iOS 8.3 jailbreak may be upcoming on July. On April this year Apple’s iOS 8.3 has push out to all their fellows with number of features and improvements. Now all users are expecting untethered jailbreak for iOS 8.3 and they hope to install cydia iOS 8.3 with ton of cydia tweaks. Jailbreak is like a entrance to the cydia. Cydia is the third party application that can be support to download all your favorite apps, games and more which are cannot find out from Apple store. Apple included only their unique apps and others. So cydia is like the friend of users to take their favorites.

Within this few days, a user called @Comex stated a video on his twitter account of the Apple Watch running on a Safari browsers. Some reporters indicated that this could mean there is an expectant jailbreak for the unjailbroken iOS 8.3. 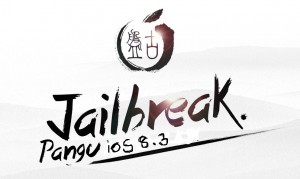 The Mobile Security Conference, commonly known as MOSEC 2015 is held on nearly day in Shanghai. At MOSEC, the elite jailbreak crew of Pangu revealed the ability of iOS 8.3 Pangu jailbreak. It mean, already they confirm iOS 8.3 jailbreak, but it does not open to public. I know this is the very glad news for all cydia lovers, but we are not sure if the team will be announce this tool to the public or when they will release this tool.

Nowadays Apple start to release iOS 8.4 beta and currently iOS 8.4 beta 4, beta 3, beta 2 and beta 1 available on Apple Dev Center. iOn1c, the famous jailbreak hacker and researcher Stefan Essar posted a video on YouTube to show jailbroken iPhone 6 plus. Especially point is the iPhone running on iOS 8.4 beta 1. But acutually iOn1c jailbreaker will probably couldn’t jailbreak iOS 8.4 beta 1, because any user who is make attention on this video, they can see actually the video running with iOS 8.4 beta 1 release preview.

iOS 8.4 is just around the corner, so I think this time is not the best time for iOS 8.3 releasing. A member of the Pangu jailbreak team, Daniel_4K posted to Weibo about the ability of jailbreak. 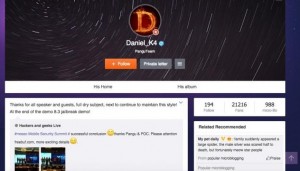 However, now users have one hope about iOS 8.3 jailbreak on July. In nearly day Apple’s iOS 8.4 will confirm and after that we can see the result of iOS 8.4 jailbreak.