Now a days, iOS 8.4 beta 1 jailbreak preview 1 video is spreading via internet. Stefan Essar who is famous in iOn1c name is tagged their video to show jailbreak iOS 8.4 beta 1. iOS 8.4 beta 3 which is one of the newest beta version among the other beta versions, rolled out with revamped music app and fixed some issues in beta 1 and beta 2. All iPhone, iPad and iPod touch users which is running on iOS 8.4 beta 2 can take iOS 8.4 beta 3 from Dev- Center or OTA, but in future when release iOS 8.4 jailbreak OTA updates will not work with jailbreak. Therefore all updated must be Dev-Center.

Stay out upgrade your iPhone, iPad and iPod till iOS 8.4 jailbreak confirm officially otherwise new update will remove your favorites with cydia. 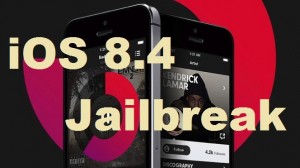 iOn1c has tagged their statement alongside their video demo.  They proofed that cydia running on iOS 8.4 beta 1 via iPhone 6. However, it does not mean that iOS 8.4 beta 1 jailbreak confirm. It is not currently available for public usage. Only has been the status update. Follow the description which is tagged by Stefan Essar,

When will be release iOS 8.4 as major?

Currently, beta 1, beta 2 and beta 3 versions of iOS 8.4 has rolled out by Apple for all their fellows. After testing period apple will launch iOS 8.4 as major update. If they failed to fix all errors via new beta 3 version, Apple will introduce new beta 4, beta 5 versions before release iOS 8.4. However I think immediately, we can heard news about iOS 8.4 jailbreak cydia download.