Apple is reportedly working for the next generation mobile operating system of iOS 9. As source they planned to indicate new feature of Rootless which will support to against malware, secure extensions and prevent jailbreak. 9to5Mac’s Mark Gurman seemed that the feature will be make difficult to jailbreak iOS 9. Perhaps iOS 9 jailbreak will be very hard or challenge for all jailbreakers. Mark Gurman intended in his report that Rootless will be a major new security system which will be baked into both Mac and iOS. Rootless supports to protect all sensitive files from start tampered with jailbreak.

Jailbreaking, which is common way to enter modification on your iPhone, iPad and iPod touch. It always conduct to download outside apps and get new cydia features via cydia installation. According to Gurman statements he said that “even administrative-level users from being able to access certain protected files on Apple device”. With Rootless Apple could make jailbreak discourage on all jailbreakers hearts. 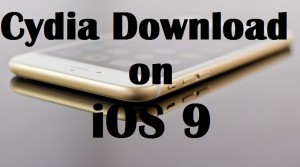 According to rumours, Apple will reveal Rootless feature alongside iOS 9. Oft-times Apple’s next major mobile operating system’s of iOS 9 will be confirm on June 8 or after soon at Apple’s World Wide Developers Conference.

As reporters, Apple has been working for their major iOS of iOS 9. All iOS versions which are indicated previously Apple won via their new introduced features. Like iOS 8.2 and iOS 8.3, iOS 9 also will be the new experience for all users. For Apple are expected to introduced many more features including Rootless, iCloud Drive, trusted Wi-Fi and etc for their fellows via iOS 9. They expect to better encryption and faster syncing than traditional IMAP servers via iCloud Drive feature, prevent malware threads via Rootless and via Trusted Wi- Fi, make better connection ability to authorized wireless connection without any dubt. 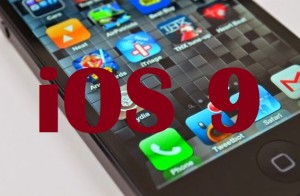 Swift is still like a development language which is introduced at the world wide developers conference in 2014. But they did not include Swift programming “code libraries” within iOS in previously. Perhaps this time it will be change via iOS 9. Which mean that swift applications will be update for iOS 9 and it will requires less space when download over a cellular connection. But apparently, Apple will not ship Swift versions in this year.

However, now all cydia lovers are waiting to download iOS 9 on their iPhone, iPad and iPod touch and jailbreak iOS 9 to cydia download. We are expecting iOS 9 on June or as soon as possible.