iOS 9 is the next generation Apple’s iOS which can be expect oft-times  on June 8 or as soon as possible. As reviewers Apple is already working on iOS 9 and perhaps iOS 9 will be confirm on next month at Apple’s World Wide Developer Conference. Predictions are starting to spread that iOS 9 will be the next major mobile operating system after iOS 8. As Apple’s pre software updates, reviewers indicate many more features which are expect via iOS 9. However, within iOS 9 release period all jailbreakers will enter to their experiments to jailbreak iOS 9 for cydia.

“Rootless” is the features which would make alarm on jailbreakers, because reviewers presume that the feature will prevent all jailbreak abilities on iOS 9 and it will be a safeguard on extensions. Further they indicate that Rootless will prevent malware and increase security for sensitive data. Rootless is the main thread to the jailbreak possibility of iOS 9. As some reviews iOS 9 jailbreak will be impossible or hard otherwise a big challenge for jailbrekers. Perhaps the feature of Rootless actually will be a enemy to iOS 9 jailbreak. 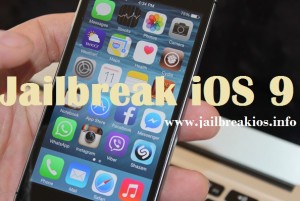 New home application for managing HomeKit devices, split screen iPad app views and new San Francisco typeface are the main expectable features via iOS 9. Additionally as some reports indicate that “iCloud Drive file encryption” and “Trusted Wi-Fi” features. Apple has been planned to facilitate to connect to wireless routers without any doubt via Trusted Wi-Fi feature. Users can take faster syncing than traditional IMAP servers via iCloud Drive. It will be the transition of sync process.

According to our review, iOS 9 will be the Apple’s turning point, because we expect combination of new design, usability, style, features, battery life, improvements, bug fixes and etc via iOS 9. As rumours, new iOS 9 will coming up with facility of install cracked apps without jailbreak.

Do you know Apple planned to facilitate to download iOS 9 on all A5 based Apple Devices. It means that original iPad mini, iPhone 4s and all A5 apple devices can run on iOS 9. Additionally they seem that Apple is now working for build a core version of iOS 9 to previous A5 apple devices. However now all cydia lovers are expecting iOS 9 jailbreak and cydia download iOS 9 as soon as possible.