As all we expect that the iOS 9.3.3 is the latest update for the iOS 9 before the public release of iOS 10. But suddenly Apple release it’s another version of iOS 9.3.4, and now on Thursday Apple again release another update for iOS 9.3.5 as the 5th update for iOS9. This is release very close to the public release of iOS 10. And let we think this is the last update for iOS 9 and there will be no another one before iOS 10. I know that now the the iPhone, iPad or iPod users may face lots of problems like, what is the latest update about? As the earlier version is it also a security patch? Can jailbreak iOS 9.3.5 latest update? Etc. 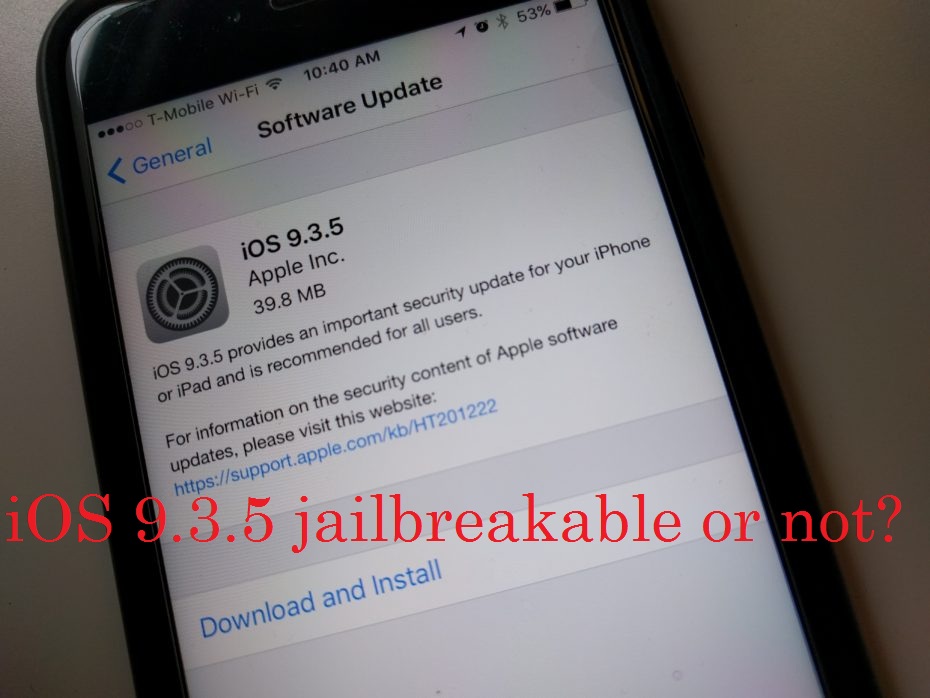 Apple has again release their iOS9 another update as named iOS 9.3.5. As the iOS 9.3.4 Apple did not added any new feature for the iOS 9.3.5 software update. But it is contain with major security vulnerabilities, so it is recommended to update all iOS 9 users. According to the Apple’s security release note, three bugs have fixed with this update. Within those two are in the iOS kernel and the other is in Web Kit. And the update is relatively small, but this is depending on your device.

The latest update is support for the every device that runs iOS 9. As the device wise: The iPhone 4s and the newer, all iPad Minis and iPad pros, iPad 2 and newer and the 5G and 6G iPod touch. And it is recommend to update to this new version if you are not jailbreak your device, then it is good to certify the security of your device. You can update your iDevice through the OTA (over-the-air) or through the iTunes. If it is unable to update with the above then you can manually update your device with the use of direct download link. 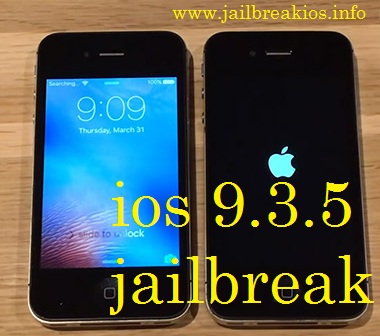 Can we hope jailbreak tool for iOS 9.3.5 from Pangu?

Pangu9 jailbreak is available for the iOS versions of 9.3.3, 9.3.2, 9.3 to 9.2. And the later released iOS 9.3.4 there is still no any jailbreak tool is available. And it is impossible to wait for a jailbreak tool for iOS 9.3.5. Because now the team Pangu is busy with the new tool for the upcoming iOS 10. And there is no much longer time for the public release of iOS 10. So there could not be a chance to release a new tool for the latest version.

So if you have jail broken your device then it is good to stay away from the latest update iOS 9.3.4 and the iOS 9.3.5. Finally Apple has stopped signing to the firm wares of iOS 9.3.3 and 9.3.2. So now it is unable to jailbreak your iOS9.3.4 or iOS9.3.5 updated iPhone, iPad or iPod while downgrading to the previous jailbreak friendly iOS versions. So with any mistake or, without your awareness already you have upgraded your device with the iOS 9.3.4 or iOS 9.3.5 version then you could not able to downgrade your device for the older jailbreak friendly firmware versions. So you will stuck there without jailbreak until Pangu or any other update the status.