Now all users know about the Apple’s next mobile operating system of iOS 9. Apple started iOS 9 testing period with iOS 9 beta 1 launching. Earlier of iOS 9 releasing, most reviewers indicated concerning its features, improvements and other bug fixes. They repeatedly said about Rootless that they cannot the feature will be the main risk for iOS 9 jailbreak. Additionally they said that Rootless is like a protection gate for sensitive data and all extensions exist in your device. Therefore they deduced that Rootless is the main reason of the iOS 9 jailbreak impossible.

Rootless is the main upcoming security feature on iOS 9 operating system. Apple’s main aim is prevent all jailbreak capabilities. Therefore they are working hard to improve their iOS 9 security system. They will hope to fertilize their aim via Rootless. 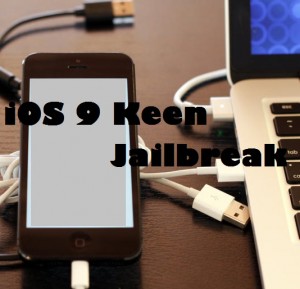 According to that reviews, most Jailbreak researchers intend that iOS 9 jailbreak will impossible. But in nearly day a jailbreak community who is coming named on Keen team pushed out the announcement and they said with Forbes that “We ready to release iOS 9 jailbreak tool so soon after iOS 9 release to public officially”.

All jailbreak hackers are trying to reach iOS 9 untethered jailbreak. All of them aim to find to solution to install cydia on iOS 9. However, iOS 8.3 jailbreak can be expect on July from Pangu, but we cannot sure until it confirm officially. Some reviewers indicated that this is the wrong time to push out iOS 8.3 jailbreak, because iOS 8.4 releasing is just around the corner.

However according to keen team’s statement, we seem that they will ready to win jailbreak impossibility. Actually jailbreak is the big competition among the jailbreakers. Sometimes Keen team will win the game. As some sources iOS 9 jailbreak will be the big challenge.