Nowadays Apple is working hard on iOS 9. First beta version of iOS 9 released as their first step. Step by step Apple is trying to reach their aim. According to rumours iOS 8.4 is the final version of iOS 8 operating system. It means Apple is going to stop iOS 8 and drive their operating system towards iOS 9. Therefore users can expect number of new improvements and features via iOS 9 release. At the Apple’s World Wide Developers Conference,2015 Apple confirmed iOS 9’s release date as on September, 2015. After that iOS 9 jailbreak rumours are spreading via internet.

In nearly day the elite jailbreak crew called Keen team commonly known as K33n spoke with Forbes and the team said that they purposed to push out iOS 9 keen jailbreak tool after iOS 9 release date in September. In the same raw, some websites reported the team of TaiG confirmed iOS 9 cydia install solution officially and it will be handover to public after the iOS 9 releasing. 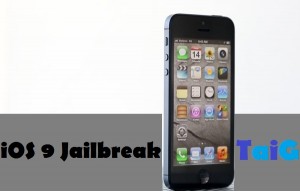