In nearly day TaiG pushed out iOS 8.3 untethered jailbreak tool of TaiG 2.0 version for all iPhone, iPad and iPod touch running on iOS 8.2, iOS 8.3 and iOS 8.1.3. iOS 8.3 jailbreak compatible devices – iPhone 6, 6 plus, 5, 5s, 5c, 4s, iPad 4, 3, 2, iPad mini, 2, 3, iPad Air, Air 2, iPod touch 5G. More than millions of cydia lovers are gathering with TaiG 8.3 jailbreak because more than two or three months they expected to install cydia iOS 8.3. Cydia is the 3rd party application that can be installed at the end of the jailbreak process. Jailbreak is like the entrance for the cydia. However few days back of TaiG 8.3 jailbreak release, some sources are indicating number of errors in the iOS 8.3 jailbreak. Additionally they reported that TaiG is going to release the new TaiG jailbreak version called TaiG v2.1 with fixed errors. 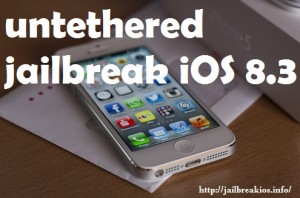 A number of TaiG jailbreak runners are reporting to TaiG that TaiG 8.3 jailbreak started to stuck at the 20% and then it shows the jailbreak failed error message (-1101). They complained that the process only came only on 20%. The “jailbreak is getting stuck at 20% error (-1101) is not the only error which found users while the TaiG jailbreak process. The “Apple Driver not found” issue that is the other issue reported by users.

If you faced this jailbreak stuck issue, the follow these steps to fix that error properly and then you can jailbreak your iPhone, iPad and iPod touch using TaiG 8.3 jailbreak. 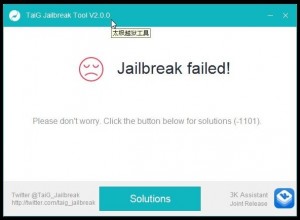 You need to take full backup of your important data because backup will useful to any device data losses.

Follow the instruction as you normally do to install iTunes.

Furthermore users can follow out guide to use TaiG 8.3 jailbreak your iPhone, iPad and iPod touch on iOS 8.1.3 to iOS 8.3